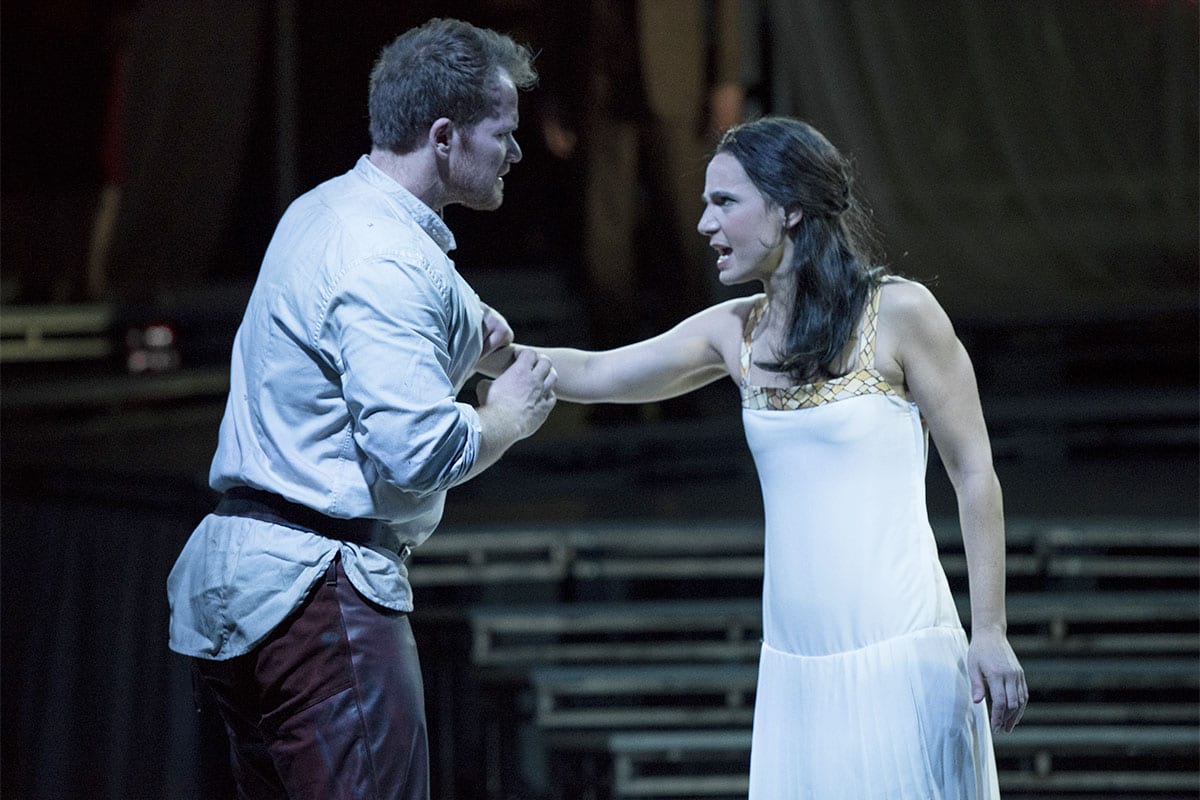 Posted at 22:39h in Reviews by xncampos
“Finally, the titular role of Lucretia found impassioned voice in Kelley O’Connor. In under two hours (performed here without intermission) this role moves swiftly from sunny happiness to darkest despair. O’Connor inhabited this shift with verve, where others might have faltered in the face of vertigo. Lucretia’s appearance in Act I, Scene 2 is, in O’Connor’s take, endued with the poise and power of Carrie Fisher’s Princess Leia. In Act II, Scene 2, O’Connor delivered a mad scene harkening back to Bellini’s Lucia. Her performance brought tears to the eyes of audience members.”
– Cashman Kerr Prince, The Boston Musical Intelligencer
Read Article
“Kelley O’Connor’s Lucretia was the emotional center of the opera. Her poised mezzo shone, especially when singing of her longing for her husband, and in the convincing power of her lower register in her stern rebuff of Tarquinius’s advances. The quiet dignity with which she greeted Collatinus after her rape was devastating.”