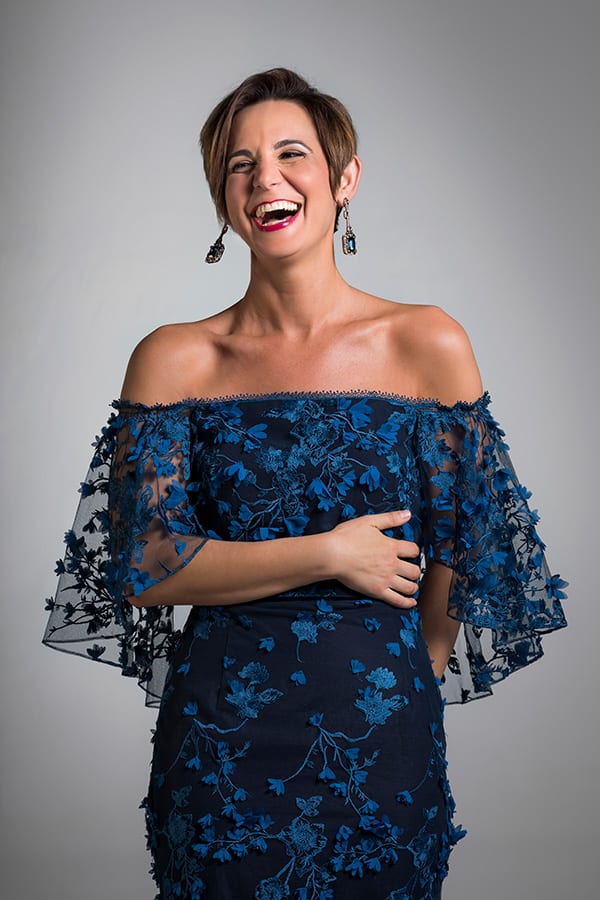 Possessing a voice of uncommon allure, the Grammy® Award-winning mezzo-soprano Kelley O’Connor is one of the most compelling performers of her generation.  She is internationally acclaimed equally in the pillars of the classical music canon – from Beethoven and Mahler to Brahms and Ravel –as she is in new works of modern masters – from Adams and Dessner to Lieberson and Talbot.

In the 2022-23 season Kelley O’Connor is Alto Soloist in performances of Mahler’s Second Symphony with Giancarlo Guerrero and the Nashville Symphony and with Louis Langrée and the Cincinnati Symphony Orchestra.  She joins Jaap van Zweden and the New York Philharmonic to open the renovated David Geffen Hall at Lincoln Center in a gala performance of Beethoven’s Ninth Symphony and other performances of this work bring her together with Gianandrea Noseda and the National Symphony Orchestra at the Kennedy Center, Xian Zhang and the San Francisco Symphony, and with José Luis Gomez and the Tuscon Symphony Orchestra.  She returns to the Saint Louis Symphony for performances of Mahler’s Das Lied von der Erde with Stéphane Denève, appears with Xian Zhang and the New Jersey Symphony in Mahler’s Third Symphony, and makes a debut with the Taiwan Philharmonic in Berlioz’s Roméo et Juliette led by Jun Märkl.  With Sir Donald Runnicles, Kelley O’Connor gives the world premiere of a new work by the Syrian-American composer, Kareem Roustom, and sings the title role in a concert performance of Hansel und Gretel at the Grand Teton Music Festival.

Last season Kelley O’Connor returned to the Concertgebouworkest for performances of Peter Lieberson’s Neruda Songs led by Stéphane Denève and a robust North American concert calendar included performances of Mozart Requiem with Fabio Luisi conducting the Dallas Symphony Orchestra, Mahler Das Lied von der Erde with Asher Fisch and the Seattle Symphony, Mendelssohn Elijah with Jun Märkl and the Indianapolis Symphony Orchestra, and Beethoven’s Ninth Symphony with Juraj Valčuha and the Minnesota Orchestra and with Michael Stern and the Kansas City Symphony.  Additional performances included a program of Canteloube and Duruflé with Ken-David Masur and the Milwaukee Symphony Orchestra and Mahler’s Third Symphony with Robert Spano and the Atlanta Symphony Orchestra in the institution’s celebration of more than two decades under Spano’s leadership and in recognition of his new title of Music Director Laureate.

John Adams wrote the title role of The Gospel According to the Other Mary for Kelley O’Connor and she has performed the work, both in concert and in the Peter Sellars fully staged production, under the batons of John Adams, Gustavo Dudamel, Grant Gershon, Gianandrea Noseda, Sir Simon Rattle, and David Robertson.  She has sung the composer’s El Niño with Vladimir Jurowski and the London Philharmonic Orchestra and continues to be the eminent living interpreter of Peter Lieberson’s Neruda Songs having given this moving set of songs with Christoph Eschenbach and the National Symphony Orchestra, with Bernard Haitink and the Chicago Symphony Orchestra, with Robert Spano and the Minnesota Orchestra, and with David Zinman and the Berliner Philharmoniker and the Tonhalle-Orchester Zürich among many others.

Sought after by many of the most heralded composers of the modern day, Kelley O’Connor has given the world premieres of Joby Talbot’s A Sheen of Dew on Flowers with the Britten Sinfonia and Bryce Dessner’s Voy a Dormir with Robert Spano leading the Orchestra of St. Luke’s at Carnegie Hall with further performances accompanied by the Los Angeles Chamber Orchestra led by Jaime Martín.

Kelley O’Connor has received unanimous international, critical acclaim for her performances as Federico García Lorca in Osvaldo Golijov’s Ainadamar.  Miss O’Connor created the role for the world premiere at Tanglewood, under the baton of Robert Spano, and subsequently joined Miguel Harth-Bedoya for performances with the Los Angeles Philharmonic and in the world-premiere of the revised edition of Ainadamar at the Santa Fe Opera in a new staging by Peter Sellars, which was also presented at Lincoln Center and the Teatro Real.

Concert highlights of recent seasons include Mozart’s Requiem and Beethoven’s Ninth Symphony with Iván Fischer and the Budapest Festival Orchestra, Lieberson’s Neruda Songs with the Philadelphia Orchestra under the baton of Stéphane Denève, a program of Berio and Crumb with the New York Philharmonic, and Korngold’s Abschiedslieder with Sir Donald Runnicles and the Atlanta Symphony Orchestra. 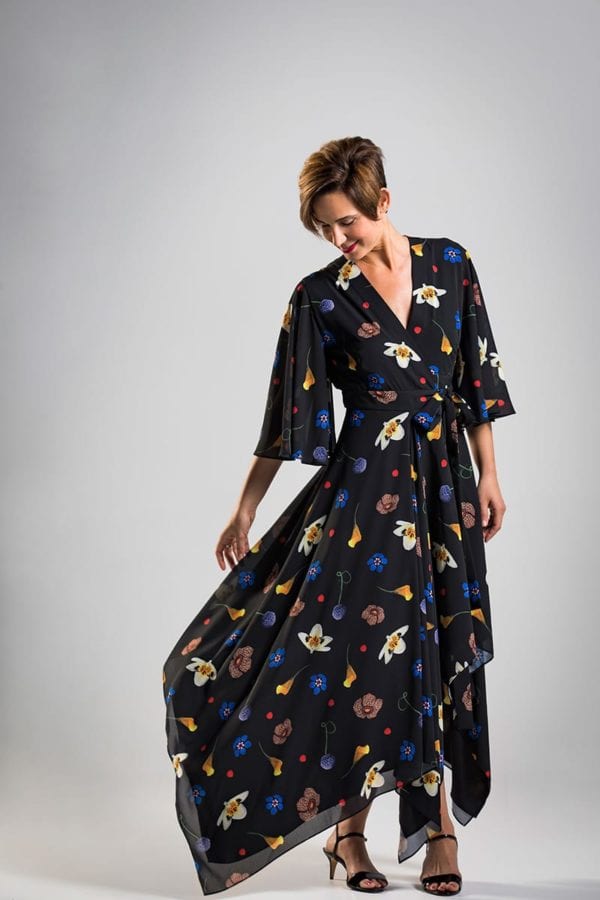 Past performances also include Wagner’s Wesendonck Lieder with Matthias Pintscher and the Indianapolis Symphony Orchestra, Bernstein’s Songfest for her Boston Symphony Orchestra debut under the baton of Bramwell Tovey, Beethoven’s Missa Solemnis with David Robertson and the St. Louis Symphony, Mahler’s Des knaben Wunderhorn with Krzysztof Urbański and the Indianapolis Symphony Orchestra and Das Lied von der Erde with the symphonies of Atlanta, Dallas, Detroit, and Glasgow among many others.  She has given Ravel’s Shéhérazade with Gemma New and the San Francisco Symphony as well as with Esa-Pekka Salonen and the Philharmonia Orchestra, Berio’s Folk Songs with Daniel Harding and the London Symphony Orchestra, and bowed as Erda in Wagner’s Das Rheingold with the New York Philharmonic conducted by Alan Gilbert.

Operatic highlights include the title role of Britten’s The Rape of Lucretia presented by Boston Lyric Opera in a new production by Broadway theater director Sarna Lapine conducted by David Angus, Carmen with Los Angeles Opera conducted by James Conlon, Donizetti’s Anna Bolena at the Lyric Opera of Chicago conducted by Patrick Summers and directed by Kevin Newbury, Madama Butterfly in a new production by Lillian Groag at the Boston Lyric Opera and at the Cincinnati Opera under the baton of Ramón Tebar, Berlioz’s Béatrice et Bénédict at Opera Boston, Falstaff with the Santa Fe Opera, and A Midsummer Night’s Dream at the Lyric Opera of Chicago and the Canadian Opera Company.

Her vivid recital career includes performances in Boston with Thomas Adès in a program of Brahms, Purcell, and Stravinsky, numerous programs under the auspices of Collaborative Arts Institute of Chicago, in Cincinnati with pianist Louis Langrée in programs of Brahms and Ravel, and both in Atlanta and Jackson Hole in collaborations with pianist Donald Runnicles.

For her debut with the Atlanta Symphony in Ainadamar, Kelley O’Connor joined Robert Spano for performances and a Grammy® Award-winning Deutsche Grammophon recording.  Her discography also includes Mahler’s Third Symphony with Jaap van Zweden and the Dallas Symphony Orchestra, Lieberson’s Neruda Songs and Michael Kurth’s Everything Lasts Forever with Robert Spano and the Atlanta Symphony, Adams’ The Gospel According to the Other Mary with Gustavo Dudamel and the Los Angeles Philharmonic, and Beethoven’s Ninth Symphony with Franz Welser-Möst and the Cleveland Orchestra.